Google’s answer to replacing third-party cookies is dead in the water. Its controversial project called FLoC (Federated Learning of Cohorts) was meant to provide a way to advertise to specific audiences without using third-party cookies. Google claimed that this method was more private than cookies but just as effective for advertising. Instead of tracking users individually, FLoC would place individuals in a large group with other people who share the same interests.

When they announced this approach, Google had many critics, including advertisers who saw too many limitations to this approach, and privacy groups who called it more invasive than third-party cookies.

So, what’s Google’s plan now? Introducing “Topics”. Google may have a new name for this project, but “Topics” sounds eerily similar to FLoC.

What is Google Topics API?

In January 2022, Google announced a new replacement to FLoC called Topics. The idea behind Topics is that your browser will learn what you’re interested in as you surf the web. It stores the browsing data it collects from you over the last three weeks and places you in broad categories, called topics. The API will then share those interests with advertisers who then use them to serve targeted ads on their sites. For sites that have yet to be categorized, a lightweight machine learning algorithm will be used to browse the site and estimate a topic based on the name of the domain.

Google has already restricted topics to 300 categories with plans to expand this over time. They share that the topics won’t include sensitive subjects like gender or race. Users can also delete topics they don’t want to share which Google claims is a step-up in giving people privacy with their data. They say that using Topics will provide users with more control and greater transparency than what was there before. Users can also turn off Topics API entirely. If you’re thinking this sounds strikingly familiar to FLoC, you aren’t alone.

The Industry Has Yet to Accept Topics

When Google announced this ‘new’ version of cookie replacement, the industry was not throwing a party in celebration. If anything, they declined the invitation and didn’t even show up. Many are calling out Google for what appears to be just some rearranging some building blocks and calling it something else. It is just too similar to FLoC. And if you remember, it was not received warmly, to begin with.

Privacy groups are voicing their opinions about how this can be seen as a new privacy violation built right into your browser. Ad experts claim that it will cut off a lot of web browsing data that they currently have access to, but Google will still be able to see.

We’ve mentioned before that the journey to replacing third-party cookies will be, well a journey! Companies like Google are working towards finding the right balance between privacy and personalization. What will be interesting to watch is if the solution will appease privacy groups and advertisers. These same companies are also facing new privacy laws and consumer concerns over what types of data are shared. We are watching closely for how Google will receive this feedback and what may become of Topics API.

Let us help you navigate through this new world of advertising without third-party cookies. Our digital advertising experts are constantly staying up on the trends and testing new effective ways to reach consumers. 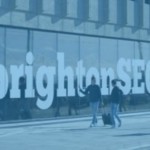 Our Top Insights from Brighton SEO 2022 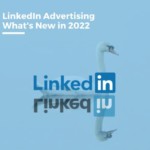 Should you reconsider LinkedIn advertising in 2022? 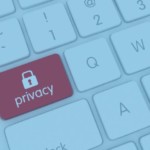 What is Google’s Consent Mode? 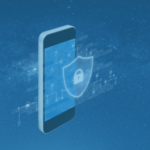 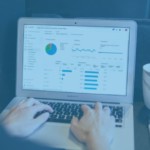 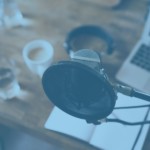 LinkedIn Has Launched a Podcast Network