According to the Retail Council of Canada Black Friday and Cyber Monday have both overtaken Boxing Day in the race for “busiest shopping day of the year”. What began as novelty shopping traditions for our neighbours to the south has become the starter pistol in the holiday shopping rat race.

This year in particular, people have been looking for deals or discounts given the rise in prices due to inflation. That money conscious approach to the holidays is surely playing a factor in the shift to shopping earlier than in years previous and explains the boost in Black Friday and Cyber Monday sales.

The Same Patterns Appearing in the US.

In the United States, Cyber Monday broke records with $12 Billion in sales. Including Black Friday, the weekend brought in $67.5 Billion in the US, and the whole of November saw online sales of nearly $110 Billion USD.

A Shift in Spending Habits

This kind of seasonal boost resulted in the following response from Shopify President Harley Finkelstein; “Consumers voted with their wallets over Black Friday and Cyber Monday by shopping with independent businesses.”. This shift in ideology is a great sign for anyone with an ecommerce store!

Other statistics of note:

It’s been coming for years now, but it appears as though a dramatic shift in the way we do our holiday shopping is breaking through. Online shopping has become mainstream, and with price uncertainty people are preferring to shop earlier and lean on discount days like Black Friday and Cyber Monday.

More importantly, the public has somewhat shifted away from big chain stores and are opting to spend their money with independent merchants. In an era of rising costs and massive mark-ups, it’s no surprise that people are choosing to buy from independent business owners. All indications are pointing toward a rise in the world of ecommerce, and those who have been operating online stores should be very excited. If you’ve been on the fence about whether ecommerce is the right direction for your business, now is the time to consider it. Of course, when ecommerce is in the conversation, digital marketing is not far behind. If your business is looking drive traffic towards your online store, our team of digital marketing professionals can help.

How & Why to Verify a Google Search Console Property 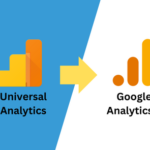 How Sessions are Different in GA4 vs. Universal Analytics 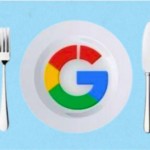 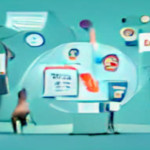 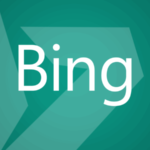 Microsoft to Phase in a New Version of Bingbot

Increased Cost Per Lead and Other Key Trends from 2022